Daddy, why does my doll fall? 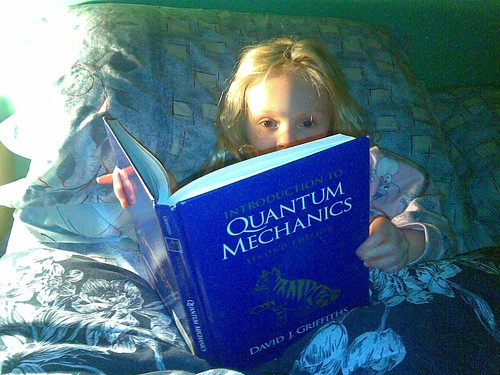 Recently, my daughter (2 years and 3 months old) asked her mother, "Mummy why does my doll fall?".

This is NOT a question I would expect from a 2 year old, but neither my wife, who is not a scientist, but being married to a physicist, she tried to explain the best way she could about gravity and force. Since my daughter didn't argued I guess that what her mother said was plausible for now. But in this episode three things came into focus:

1) The importance of being there. I really wished I was there and could explain it to her, looking into her eyes trying to see the sparkle in it.

2) Secondly, how the curious children are becoming younger and younger. I really don't remember when I questioned about gravity, maybe I never had until high school.

3) Last, but not the least important, how scientific communication is important. I believe the aim is not just to transmit knowledge about some subject to another person, but to make this person to have enough comprehension about the subject so that he/she could also transmit it to others.